Much of our marketing material and social media presence is managed by a team of students.

Discover more about joining the team and how to apply. 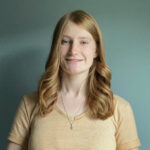 Allison Paglia ’22 is an Economics and Psychology double major from Oceanport, NJ. She is involved in many clubs on campus including the ultimate frisbee team and APO. Allison is also an ambassador for the Gateway Career Center. As the chair of the media and marketing team, she looks forward to gathering the team around some common goals and increasing the rec center’s marketing presence on campus and social media. Allison is the chair of the team. 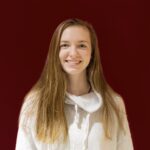 Hannah McGlynn ‘22 is an economics major and environmental science minor from Annapolis, MD. On campus she is involved in club soccer, volunteers with the Landis Center, is a member of Alpha Phi and conducts research with a professor. Social media has always piqued her interest because it allows a person to represent themselves creatively. As a returning member of the Media and Marketing team, she cannot wait to help develop social media pages for Rec Services to showcase all it has to offer. Hannah is the lead social media coordinator. 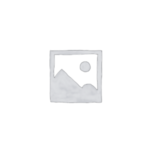 Krista Bogan ‘24 is a Psychology major and Art minor from Franklin Lakes, NJ. On campus, she is involved with the Psychology club and Ultimate Frisbee club. She has always been interested in video editing, using her hobby for club and community service activities in the past. As a newer member of the team, she is eager to use her creativity to benefit the Rec Services. Krista is a graphic designer on the team. 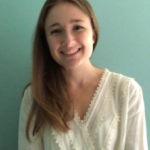 Evelyn Locke ’24is a Civil Engineering major from Tabernacle, New Jersey. She is involved in the running club, Republican club, pottery club, and LaFarm at Lafayette. Designing graphics and editing videos has always been a fun interest of hers. In the future, she hopes to apply her major and creativity to become an architect or a landscape architect. As a returning member, Evelyn is excited and passionate to contribute to the team and increase it’s traffic across campus. Evelyn is a graphic designer. 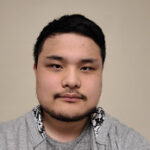 Sammy Wang ’24 is a prospective computer science major. He was born in Houston, Texas, but also spent time living overseas in Hong Kong – where he finished high school. He is involved in the Esports and Mock Trials teams at Lafayette. As a 2nd year member of the Media and Marketing team, Sammy has had previous experiences in graphic design, web / software development, and film-making – both in high school and in a semi-professional capacity. He looks forward to bringing a unique perspective in helping the team to create designs and solutions that better the Lafayette community.Sammy is a web programmer and graphic designer.

Cole Jacobson ’24 is a computer science and economics double major from northern New Jersey. He has always been interested in sports, technology, and photography. In addition to the team, he is also a member of the investment club here on campus, and works as a sports photographer for the college athletics. As someone who loves media a lot, he is looking forward to using his enjoyment for photography to bring the campus closer together and to get to know each other. Cole is a photographer for the team. 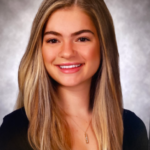 Gabriella Cinquini ’22 is a Policy Studies & Environmental Studies double major from Dana Point, California. She loves photography and videography, and has pursued both since she was 8 years old when she started borrowing her dad’s camera to make short videos of her and her friends. Aside from her time spent behind the camera, Gaby is also an equestrian, a skier, and enjoys hiking, surfing, and spending time outdoors. She intends on using her studies to pursue a career in renewable energy. Aside from MMT, Gaby is involved in Greek Life on campus. Gaby is the lead videographer. 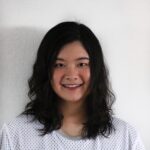 Grace Yang ’23 is a Studio Art major from Bryn Mawr, PA. Since arriving on the scene in 2017, Grace Yang has worked to capture and intrigue the art community with her paintings. She gathers much of her inspiration from personal tales and cultures around the world, and those pieces embody some of her own life experiences. She is involved in Art Society and is a member of Lafayette co-ed volleyball club. As a member of the media and marketing team, she looks forward to using her creativity to help design interesting and colorful flyers. Grace is a graphic designer. 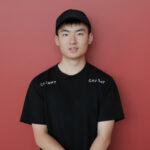 BoWen Hou ’21 is a Civil and Environmental Engineering major with a minor in Math. He is an
international student from China and a photographer for this team.  Bowen started taking photos back
in high school and he has continued to take pictures for the college since his freshman year. As part
of the team, he participates in many intramural activities and takes photos for these events. He enjoys providing creative ideas for the marketing team. BoWen is the lead photographer. 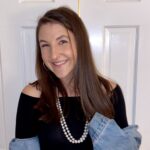 Kelsie McGlynn ’21 is an English and Psychology double major from Annapolis, Maryland. She is interested in pursuing a career in marketing and advertising or social media, so she is thrilled to be a part of the team to help build her experience in those areas, especially as an avid user of the Rec Center’s services. Apart from MMT, on campus Kelsie is also a member of Alpha Phi and is a peer tutor. Kelsie provides social media content for intramural sports. 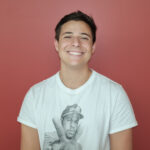 Jay Ascher ’22  is Film and Media Studies major from Maplewood, NJ. He is also involved in Hillel and is a DJ on WJRH. He loves creating and has been making short films his entire life. In his free time, Jay loves animations to entertain people. Check out his work on jayascher.com! Jay provides social media content and graphics. 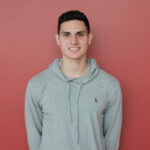 Pablo Moreno ’21  is an Economics major on the finance certificate route, with a minor in Spanish. He is from Hong Kong and you could find him playing basketball or soccer throughout the week, as he enjoys staying active. After spending the past summer working in the marketing department of a Hong Kong Restaurant, he looks to use his experience to help with the Rec Center’s promotion and creative ideas. Pablo is a creative contributor for our team. 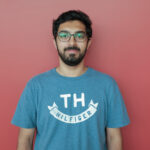 Yazdan Basir ’23 is a Computer Science major with an Economics minor. He spent half of his life in the US and half in Pakistan and developed a deep interest in photography somewhere along the way. Yazdan was an avid photographer throughout high school. In his free time, he’s either coding his way through a problem or watching soccer. You can view all his work here: instagram.com/yazdan.b.  Yazdin is a team photographer. 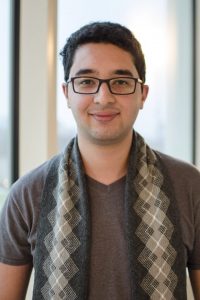 Wassim Gharbi ’19 is a Computer Science major. He is an international student from Tunisia. He is a designer and web developer and enjoys swimming and creating websites in his free time. Check out his portfolio. As part of the team, he helps to maintain the web site announcements, edits our video footage, and provides graphic design support. He also leads the Gym Tracker project. 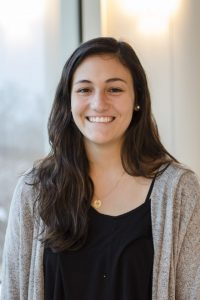 Claire Grunewald  ’19 is an International Affairs and Math double major, with a minor in Spanish. She is from Bel Air, MD and is a graphic designer for the team. Claire gained much of her graphic design experience on her high school newspaper and continues to make graphics for The Lafayette as the News Editor. Currently for the team, Claire specializes in poster design, social media images, and infographics. In her free time, she enjoys volunteering through the LANDIS center at the local senior center and through APO. 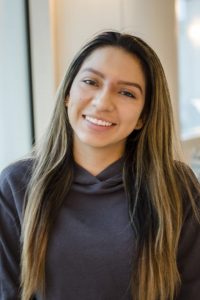 Andrea Bonilla ’19 is an Anthropology and Sociology and Film and Media Studies double major. She is from Queens, New York and her family is from Ecuador. She is part of NIA, Hispanic Society of Lafayette, and Planned Parenthood club. She has been making videos since elementary school and has been featured on NPR several times. As part of team, she helps creates videos and promote upcoming events. 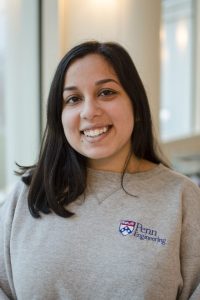 Rachna Kota ’19 is a Psychology and Film & Media Studies double major. She lives in Exton, Pa. and attended a Quaker boarding school, where she found her love for photography. There, she worked closely with her mentor to take pictures of the various sports games happening throughout the year, and also took a class on darkroom film photography. Throughout high school, she did freelance photography for birthday parties. Once she started at Lafayette, she took digital photography 1 & 2 and discovered that this is something she wants to pursue. On the team, she works as a photographer, taking pictures of various events and activities within Recreation Services.

laf_rec
Our Pulse Our People