A History of Making a Difference 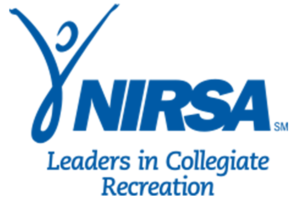 Few may know that Lafayette College has been a member of a nationwide network of collegiate recreation professionals since 1979.  NIRSA, originally meant to stand for the National Intramural & Recreational Sports Association, has changed quite a bit over the past few decades.  However, one thing that remains the same is the organization’s dedication to providing inclusive developmental opportunities to all those who enter into the many colleges and universities across the country.

The Early Days of NIRSA

NIRSA began as the National Intramural Association (NIA) on February 22, 1950.  It came into being as a result of a number of studies by Dr. William Wasson, who is credited with discovering the value of intramural activities in a collegiate setting.  His most prominent work, “A Comparative Study of Intramural Programs in Negro Colleges.” was funding by the Carnegie Foundation and directly resulted in the first ever Intramural Summit, hosted by his own Dillard University.

At this summit, twenty Intramural Directors that participated in Wasson’s study, representing eleven Historically Black Colleges & Universities (HBCUs).  They then began to share ideas to advance the work of collegiate recreation, unified by the mission of supporting recreational sport professionals in creating communities of well-being on campuses everywhere.

Growing to the Present

Since 1950, NIRSA has continued to expand and includes the following highlights throughout the years:

1952 – The third annual conference of the National Intramural Association is held at Howard University, with Herman Tyrance serving as host. With the presence of S. Bischoff and Al Lumley, the organization becomes an integrated association

1971 – The passage of a constitutional revision makes way for the acceptance of women as members in the NIA.

1977 – The first issue of the NIRSA Journal was published.

1990 – The first People of Color social was hosted at the NIRSA Annual Conference.

1996 – The Association celebrates 25 Years of Women in NIRSA.

1999 – The inaugural issue of the Recreational Sports & Fitness Magazine is published.

2002 – NIRSA is accepted as a member of the Council of Higher Education Management Associations (CHEMA).

2003 – The Distinguished Leadership Award is established by the People of Color social planning committee to recognize those individuals who best exemplify the hard work and dedication that go into the continuing creation of a diverse and inclusive community.

2013 – The NIRSA Board of Directors endorses NIRSA’s statement in support of marriage equality.

2014 – NIRSA pioneers the creation of an inclusive transgender participation policy for athletic competitions.

2017 – Canada is formally established as a distinct, seventh region of NIRSA.

2020 – NIRSA President David Davenport and Executive Director Pam Watts issue statements “In solidarity and action” regarding the continued need to take action against the harms of systematic racism.  NIRSA also engages its members in a number of educational sessions, challenges, and discussions surrounding the issues of inequity and how they affect the campus community. 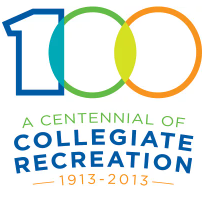 In 2013, collegiate recreation reached 100 years of existence, as marked by the 1913 establishment of dedicated recreational programs at The Ohio State and Michigan State Universities.  In the years that followed, a number of other colleges and universities also reached the centennial of their programs.  Each of these institutions has created a set of Centennial Resolutions, renewing their dedication to collegiate recreation and honoring the strong cultural history from which it draws its strength.

Now, NIRSA and Lafayette College Recreation Services remain committed to providing an inclusive and welcoming environment for those we have the privilege of serving.  We remain dedicated to self-education, the expansion of programming, and to making a difference in the campus community.

Our Pulse Our People